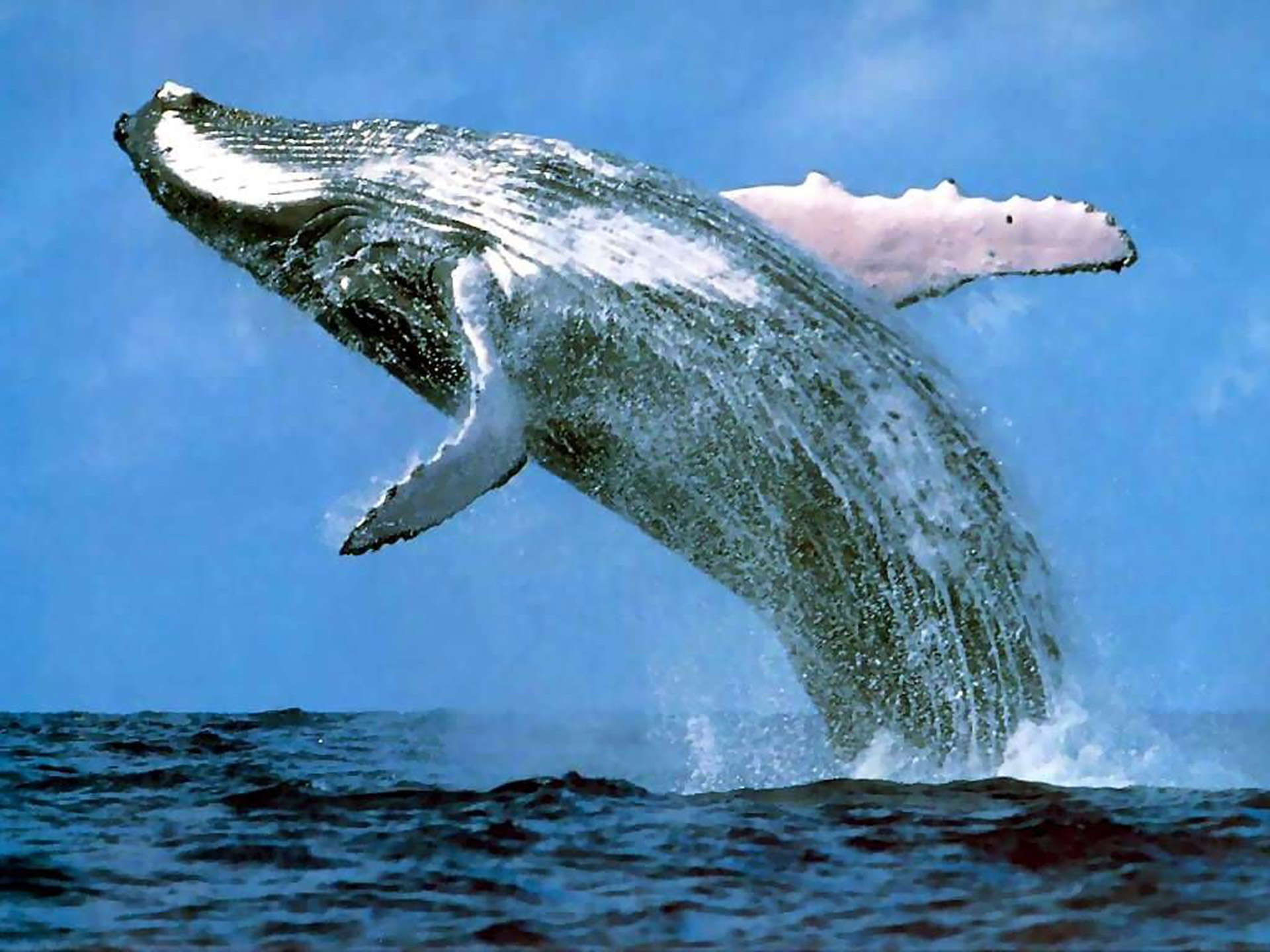 Now is the time to see migrating Pacific humpback whales off of Costa Rica’s Southern Pacific Coast! Costa Rica is blessed with visits by humpback whales from both the northern and southern hemispheres. The great whales come to our warm, protected waters from August to the middle of October (from Antarctica) and again between December and April (from Alaska).

The main place to see the gentle giants is the Ballena National Marine Park (Parque Nacional Marino Ballena) near Uvita, just south of Dominical, which is named for the whales that migrate there every year. The beach of the park is even formed in the shape of a whale’s tail.

The annual migration of the Pacific humpback whales is one of the most remarkable journeys by any creature on the planet. The cetaceans travel between 3,000 and 5,000 miles – twice in a year! – making them one of the farthest-migrating animals on Earth. It is a gigantic journey. Imagine walking from a bit north of Anchorage, Alaska, all the way to San Jose, Costa Rica, and that’s the distance we’re talking about.

Northern Hemisphere humpbacks spend the northern summers off the coast of Alaska and British Columbia where they feed constantly on krill and small fish in the rich arctic waters. Southern Hemisphere whales do the same in the Antarctic Ocean during that summer season. The whales eat up to a ton of food per day, building up their thick fat layer called “blubber,” which sustains them during their long journeys.

As winter closes in and the seas turn to ice, humpback whales start their long migration to warmer waters to breed and give birth. Northern-based whales head south to Mexico, Hawaii and Central America, spending December to March in warm, shallow waters. Southern, Antarctic-based humpbacks usually spend the winter between Australia’s Great Barrier Reef and Costa Rica, from June to November. These southern whales are the ones we’re seeing now off of Costa Rica.

Humpback whales are an endangered species with international government-protected status. On the edge of extinction, their numbers were decimated by 90% from over-hunting until a whaling freeze in 1966 has helped the world population partially recover to about 65,000-75,000 whales worldwide. Some countries – mainly Japan – still hunt humpbacks and other whales, but are under strong international pressure to stop.

It’s easy to spot humpback whales since they live at the ocean’s surface, both in the open ocean and in shallow coastline waters. They swim slowly and are the acrobats of the sea, which makes them perfect stars for whale-watching tours. Humpbacks also are the noisiest and most creative of the whales when it comes to their “songs.” Male whales make long, varied, complex and beautiful songs that include clear sequences of squeaks, grunts, and other sounds.